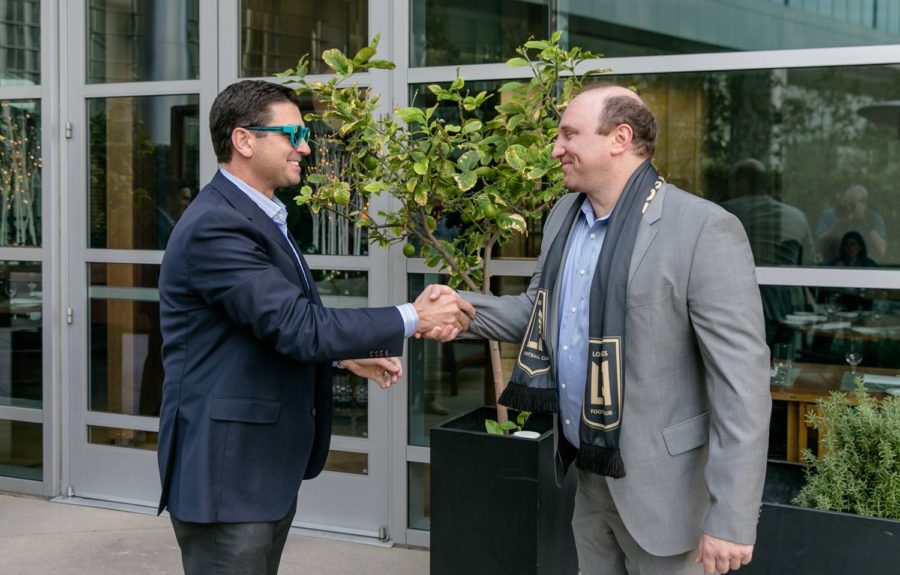 The State of the Orange County Blues’ Offseason

Big news is coming, but some questions regarding development remain.

The offseason is well underway in USL, and the Orange County Blues figure to be one of the teams in the league with most changes ahead of the 2017 sea

The offseason is well underway in USL, and the Orange County Blues figure to be one of the teams in the league with most changes ahead of the 2017 season, between hiring a new coach, filling out their staff, finding a new home, and unveiling a planned rebrand.

So there’s bound to be many more news items in the months to come. At the moment, however, aside from their admittedly significant partnership announced with MLS expansion side LAFC, things have been rather quiet so far this offseason for the Blues.

Why does that matter? Probably all things considered, it doesn’t matter a colossal amount — there will be many news items coming. But an interesting trend has emerged this offseason, with independent USL teams being on the whole fairly aggressive in the earlygoing of the offseason with players signings.

In recent years, the bulk of roster building came in the final two months or so before a season began, and no team sits with a complete roster ready to go with several months before the start of next season. But the trend to move quickly for USL experience this offseason is unmistakable.

An independent team that has sat out of the early signing game? Orange County. Again, they’ve got many items on their plate this offseason, including hiring a new head coach after the departure of Barry Venison, and one figures that factor has probably prevented them from jumping in on signings thus far.

But at the same time, with so many experienced USL players (including, it must be noted, four 2016 Blues players so far) being signed by other sides in the league, it becomes tougher to find some of those pieces to help build a winning team. That’s not to say that all the good players will be gone by the time OC starts to build the roster in earnest. But it does say the pool of available players with experience will have shrunk, possibly by a significant amount.

Beyond the lack of player signings, what else is going on with Orange County’s development pipeline? It’s a big question. With the new owner, James Keston, coming aboard in the fall, one wonders about the future of both the Blues’ PDL U-23 side and the partnership with local behemoth soccer league Cal South. The PDL side has been around since 2011, and while the team’s name has changed nearly every year, the PDL side has occasionally uncovered players who eventually signed with the Blues’ pro side, like Matt Sheldon in 2016.

But for having that connection to local and college players, helping to develop future pros, the Blues’ PDL side has only had one winning season, in 2011, and has finished more seasons than not on single-digit points totals. Obviously, in development winning is not always paramount, but having a development team that appears to routinely struggle to win isn’t a recipe for success and prestige, either. Will Keston opt to continue running the PDL side? Will there be an overhaul of that program, too?

And that leaves the question regarding the Cal South partnership. Announced in March, the partnership, said to be one to help develop soccer in Orange County, was not publicly discussed beyond the initial announcement. There was speculation after the news dropped that the Blues could opt to found an academy program, using the Cal South partnership as a starting point or funnel for local talent, perhaps, but as of today that has not happened.

Perhaps those plans are still in the works, but while Cal South’s website includes the Blues as a partner, there is no reference of it on OC’s current (and new) website. Was this a “one-and-done” arrangement, or will more tangible steps be taken, at least publicly, to enhance the partnership beyond this year?

Keston has spoken about the desire to make the remade Blues a well-rounded organization, one that presumably takes the development directives seriously but also tries to harness development to improve the USL side in the years to come. It is ambitious, but would truly be fulfilling Keston’s promise to have a true organization if an academy program comes online in the near future and the PDL team continues, perhaps with a fresh look at the approach at that level.

Obviously, one expects the LAFC partnership to also play a part here, providing not only players for the USL team, but possibly also knowledge and resources to make OC a more robust organization over time at the lower levels. If that comes together, then the OC Blues could be less reliant on experienced players signing with the club and more known as a pipeline of professional talent. And that would make them the envy of the league, and beyond.