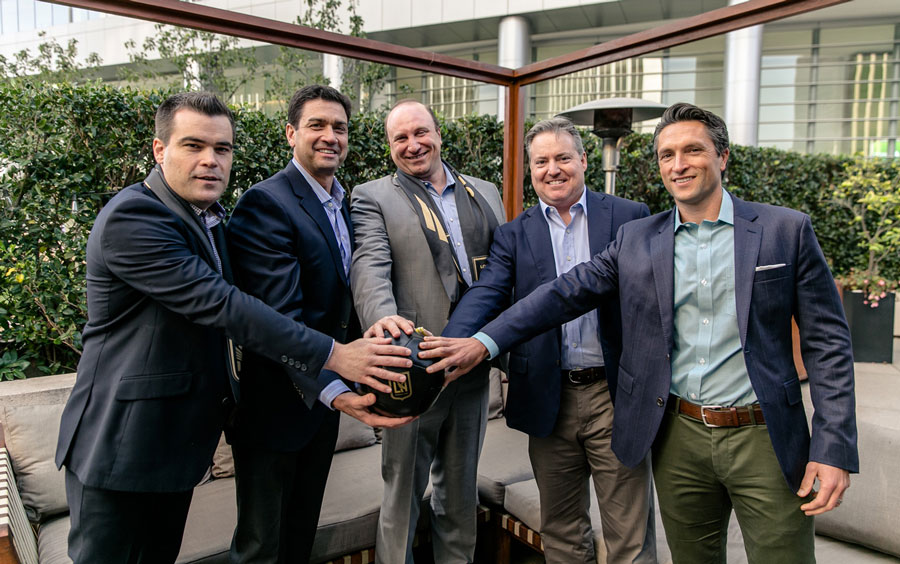 MLS expansion side LAFC announced a partnership with USL club Orange County Blues on Wednesday. Orange County will be the USL affiliate with LAFC as p

MLS expansion side LAFC announced a partnership with USL club Orange County Blues on Wednesday. Orange County will be the USL affiliate with LAFC as part of a “multi-year partnership” enacted by the local clubs.

“We are incredibly excited about this partnership, which will contribute significantly towards our goals of building a competitive roster in 2018 and growing the game here in Southern California. In the OC Blues, we have a fantastic partner with an owner and staff who closely align with our vision to bring world-class professional soccer to Southern California,” said LAFC Executive VP of Soccer Operations John Thorrington.

“We are thrilled to launch this exciting new era in Orange County soccer with our LAFC affiliation,” said Orange County GM and Executive VP of Soccer Operations Oliver Wyss. “This partnership will significantly enhance the quality of our first team and strengthen the bonds between the two clubs. Together we will expand opportunities for coaching education and focus on all aspects of player development.”

What does this partnership mean in tangible terms? LAFC can send players from its roster to Orange County to play, in line with the MLS-USL partnership enacted in 2013. In this particular case, setting up the partnership a year early means the MLS expansion side can sign young players and some prospects and send those players to OC, to see how they perform in competitive action. From there, they can decide whether or not those players could make the step up to MLS action in the future. Another MLS expansion team, Atlanta United, has made a similar arrangement this year, and all things considered, it seems pretty prudent.

In addition to the exciting news on the LAFC side, the partnership also serves as an endorsement of sorts for the Blues. Although they have become a local fixture in USL play in recent years, it was no secret the team was looking for new ownership, something that came around with James Keston taking a majority interest in the team in the fall. With plans to not only keep the team in the local area but also rebrand the club and move to a new, still unannounced venue, the future appears to be bright, and having the fan interest from LAFC could help boost attendance, too.

So the LAFC-OC partnership is official, and it will be interesting to see which players come through the pipeline (on either side), and how the arrangement can benefit both sides moving forward.