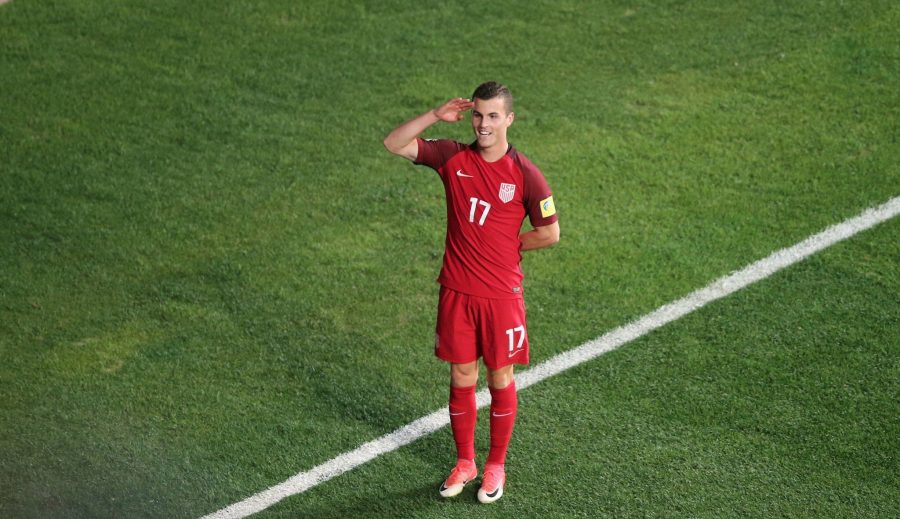 The U.S. U-20 Men's National Team's impressive run at the 2017 U-20 World Cup in South Korea came to an end in the early hours of Sunday morning follo

The U.S. U-20 Men’s National Team’s impressive run at the 2017 U-20 World Cup in South Korea came to an end in the early hours of Sunday morning following a 2-1 loss to Venezuela in extra time in the quarterfinals.

After a back-and-forth match for 90 minutes which saw goalkeeper Jonathan Klinsmann come up with some key saves, the match headed into the first extra time period and it was Venezuela who broke the scoreless deadlock in the 96th minute when Venezuela’s Adalberto Peñaranda found space in the box and redirected a cross into the back of the net. Venezuela added a second in the 116th minute when the U.S. failed to clear a corner kick.

Not to be outdone the U.S. added a goal back in the 117th minute when Jeremy Ebobisse headed home a Brooks Lennon cross. The U.S. weren’t able to grab another and their tournament run ended with 2-2-1 record with 12 goals scored and 5 conceded. 17-year old Josh Sargent finished with four goals and behind him was Lennon and Ebobisse with two each.

As it always is with every squad at this age, attention now turns to what is next for this group of players. This is the second consecutive time Tab Ramos has guided the U.S. to the quarterfinals. He also guided the U.S. to its first-ever CONCACAF U-20 title earlier this year. One thing for sure is that 20 of the 21 players will no longer be eligible for the next U-20 World Cup in 2019. The only player who will be able to represent is Sargent. 14 of the players will return back to the professional level while the rest will return to their college team or club teams.

The big question fans will always be asking and one all U.S. fans will all be speculating for the next few years is which players will be able to make the jump to the full international level.

Looking back at the last seven U-20 World Cup the U.S. competed in (2001-2015; U.S. did not qualify for 2011 U-20 World Cup), it’s very safe to say that the U-20 U.S. squads that advanced past the group stage have consistently produced players capable of contributing at the senior level.

Those players include Landon Donovan, DaMarcus Beasley, and Oguchi Onyewu in 2001, Eddie Johnson and Clint Dempsey in 2003, Brad Evans, Benny Feilhaber, Jonathan Spector, and Sacha Kljestan in 2005, and Michael Bradley and Jozy Altidore in 2007. In all four of those U-20 World Cup tournaments, the U.S. advanced past the group stage.

In 2009 the U.S. did not advance past the group stage and that squad did feature some senior level players like Mix Diskerud and Break Shea, but they have not lived up to the success from the previous years. Sean Johnson and Jorge Villafana were also members of the 2009 squad, however, and while Johnson hasn’t been able to surpass Tim Howard, Brad Guzan, or even Nick Rimando as the senior level goalkeeper, Villafana was capped for the first time in 2017 and looks to have established himself as a comfortable option for Bruce Arena. They are both in their late 20’s and have time to still make an impact as we’ve seen from the 2001-2007 squads.

In 2013, the U.S. posted its worst ever appearance at the U-20 World Cup. DeAndre Yedlin was on that squad and has been the only player who has received consistent call-ups. It should be noted that Kellyn Acosta was also a member of the 2013 squad but he did not see any action.

The 2015 squad advanced to the quarterfinals for the first time since 2007. This squad is still very young, but we’ve already seen consistent call-ups for Kellyn Acosta and Paul Arriola. Other players who have been capped include Matt Miazga, Emerson Hyndman, and Rubio Rubin. All have shown flashes and look like players who will get future call-ups.

This brings us to the 2017 squad. After looking at the previous seven U-20 World Cup tournaments it’s quite hard to project who will make the squad. Especially when all 21-players on this year’s squad can’t even legally buy a beer in the U.S. However, after looking at the previous tournaments, it is very clear that teams that have advanced past the group stage do consistently produce future senior level players.

The 2017 U-20 World Cup team does feature some serious talent. Defenders Erik Palmer-Brown, Justen Glad, and Cameron Carter-Vickers all held their own while Brooks Lennon provided a spark off the wings. Josh Sargent walks away as a potential future star.

Overall the U.S. had a great tournament and walks away will many positives. While it is still early to pick names for future senior level caps, one thing is for sure. Advance out of the group stage at this level and your chances of contributing at the senior level will be increased exponentially.

Full look at players in their respective U-20 World Cup appearances who have been capped at the senior level: