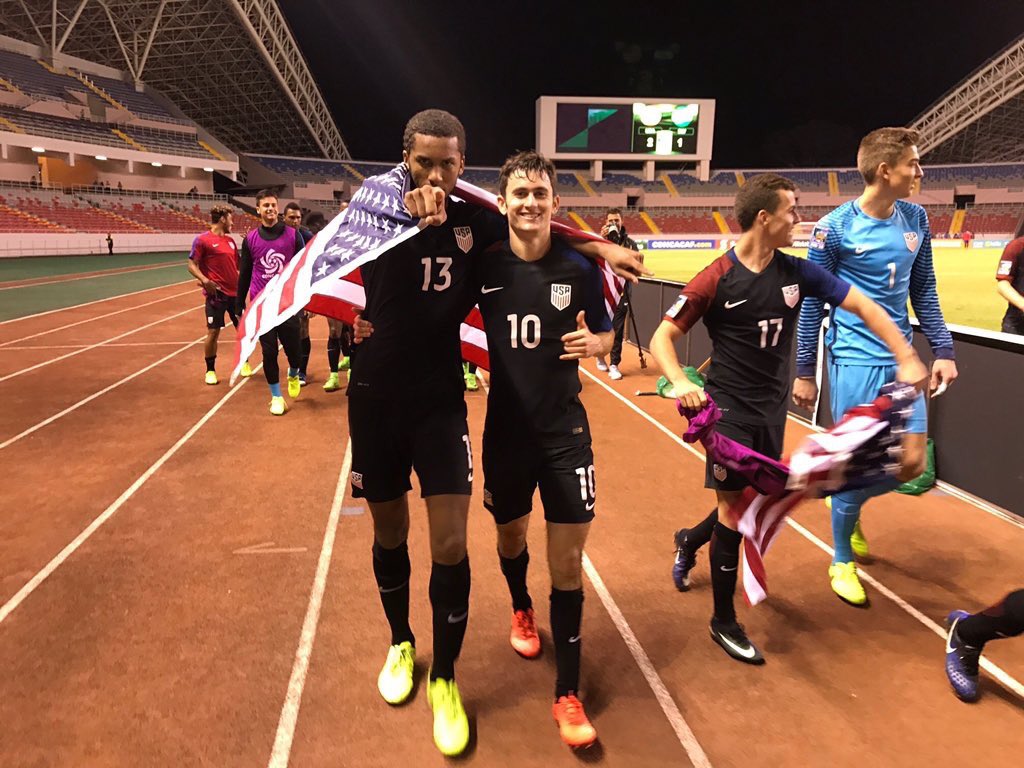 California natives, Jonathan Klinsmann (Newport Beach) and Luca De La Torre (San Diego), delivered when it mattered most on Sunday afternoon as the U.

California natives, Jonathan Klinsmann (Newport Beach) and Luca De La Torre (San Diego), delivered when it mattered most on Sunday afternoon as the U.S. U-20 Men’s National Team won the 2017 CONCACAF U-20 Championship by defeating Honduras on penalties 5-3.

Following a 0-0 draw in the final, the match went straight to penalty kicks. After three rounds of perfect penalties, San Diego’s Torre stepped up and calmly slotted home his attempt, the fourth for the U.S. Honduras forward Rembrandt Flores missed high and U.S. defender Danny Acosta stepped up and pounded the game-winning penalty into the back of the net.

Following the conclusion of the match, Klinsmann was awarded the Golden Glove as the tournaments best goalkeeper. Defender Erik Palmer-Brown received the Golden Ball as the best player in the tournament. Forward Books Lennon finished tied for second with four goals scored.

Prior to Sunday’s result, the U.S. has already qualified for the 2017 FIFA World Cup in South Korea alongside Mexico, Costa Rica, and Honduras. The tournament kicks off on May 20 and the draw will be held on March 15.