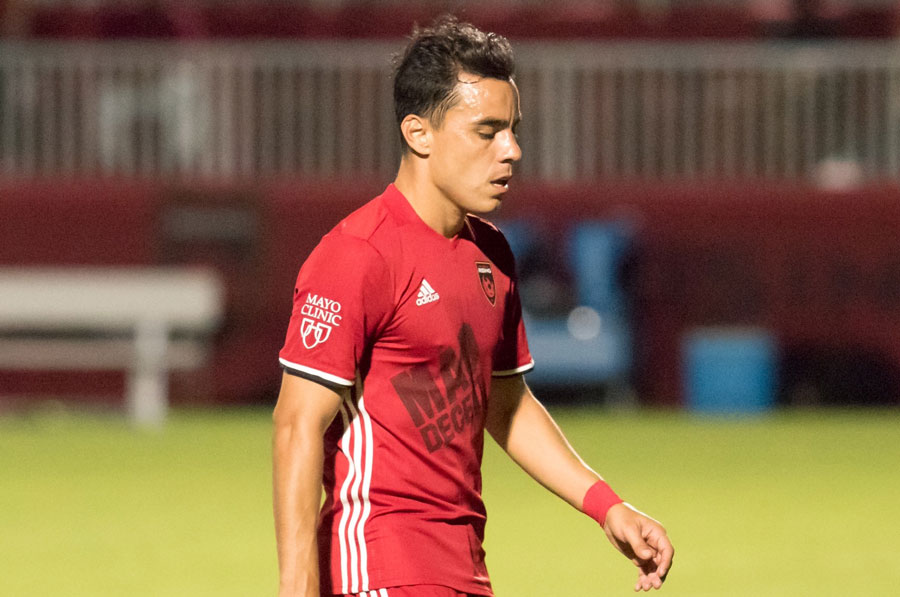 Wrong Side of History: Phoenix falls 4-0 in Reno’s first-ever win

As expected, there was no sign of Didier Drogba in the Phoenix Rising FC lineup, and unfortunately for the hosts, the game’s biggest star wore the uni

As expected, there was no sign of Didier Drogba in the Phoenix Rising FC lineup, and unfortunately for the hosts, the game’s biggest star wore the uniform of Reno 1868 FC, as Phoenix fell to the visitors 4-0. Reno’s win was the first in club history.

The home side got off to a disastrous start, allowing all-time USL goals leader Dane Kelly to add two tallies to his résumé in the game’s first six minutes. The visitors nearly added a third in the tenth minute, but Chris Wehan’s point-blank shot was saved strongly by Phoenix ‘keeper Josh Cohen.

Leading his first league match as Interim Head Coach since the departure of Frank Yallop, Rick Schantz was contrite after the match. “Yeah it was not the start we wanted,” he said. “I think we got caught on a second ball we didn’t pick up and Dane’s a pretty quick guy, he got in behind us and then a midfield turnover. You make two bad mistakes in the first seven or eight minutes in…and you know it’s tough cause then you get stretched you got to chase the game and you know that’s not the type of team that we are.”

Another tense moment for the home faithful just before halftime quickly became celebration, as Cohen found himself one-on-one with Reno’s Brian Brown. Cohen saved Brown’s powerful shot, but the rebound fell to the Reno striker, whose follow-up shot was saved by a diving Jordan Stewart.

Rising had its share of opportunities in the first half, but Luke Rooney, Chris Cortez, and others watched their chances sail awry. Schantz pointed these out after the match, saying “If Cortez hits the one inside the six, or you know if we finish, get a little bit of luck here and there you go in 2-1.”

Reno was clearly the more energetic of the two sides, which was made even more impressive by the fact that the visitors faced a strong headwind from the southwest in the first half. The evening would therefore not get easier for Phoenix.

Rising FC captain, defender Peter Ramage said about the contest, “We just didn’t turn up tonight which was disappointing more than anything else. The intensity that we showed in the last couple of weeks wasn’t there.”

Rising came out more brightly in the second half, with Cortez and Alessandro Riggi creating opportunities. In the 50th, Victor Vasquez held the ball unchallenged from 22 yards, and perhaps attempting only to keep the Reno defense honest, ripped a cracker over the bar.

Kelly struck again in the 66th. Left alone to face Cohen one-on-one again, the Jamaican carromed his shot off the inside of the post and into the net for his first hat trick of 2017. And the visitors weren’t finished.

In the 77th, the ball was dribbled lazily by Phoenix in their own half, before it was stolen by 1868 FC. Wehan was set up perfectly for a sliding finish past Cohen to give Reno the 4-0 lead.

When looking ahead to the next match, Schantz acknowledged the giveaways that were so fatal on Saturday night, saying “Well, we got to cut out the midfield mistakes. We had two or three bad turnovers in midfield that led to quick counter attacks and I think it’s not necessarily defensively in the back four, it’s just as a group where were making the mistakes. I put it on the whole group and myself that we gave up the four goals. It’s not anything…any tactical decisions here. We just got to work harder.”