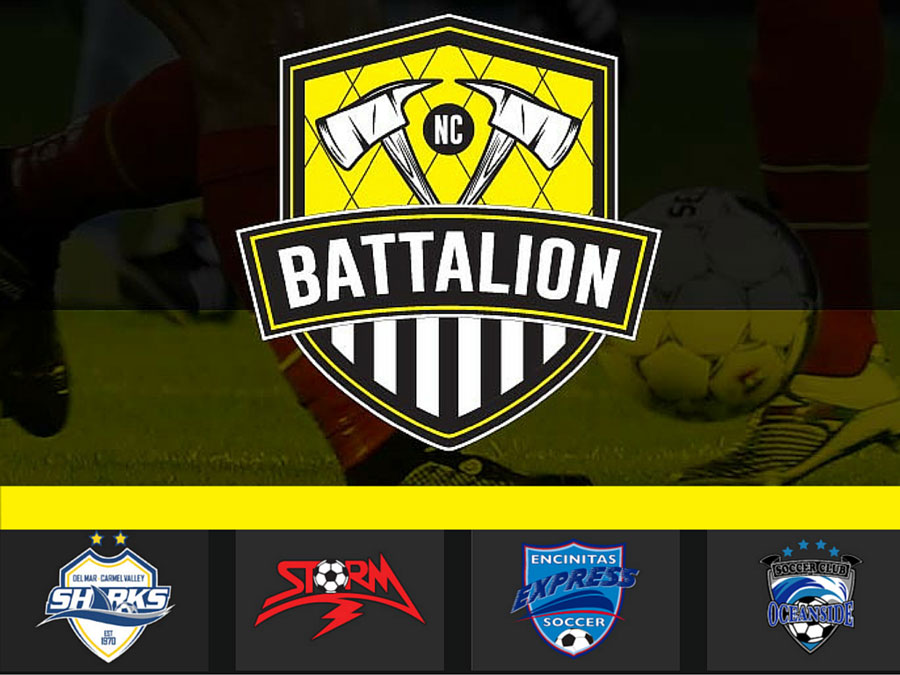 NC Battalion Committed to Giving Back to Society

You may have heard that North County Battalion have partnered up with local youth programs in a mission to give back to the community. When owner Jaso

You may have heard that North County Battalion have partnered up with local youth programs in a mission to give back to the community. When owner Jason Barbato envisioned NC Battalion being launched in San Diego, he was certain that the main goal was to grow the game in the region.

Since announcing the launch of the club in late 2015, NC Battalion has reached out to a number of soccer clubs in North County. The Battalion have also made connections with clubs as far away as Chula Vista. You might ask yourself why wouldn’t they just create their own youth program and cultivate growth internally? Well, Barbato has stated that although it is something that was thought about when envisioning the NC Battalion organization as a whole, it would drain resources from other youth clubs in the region.

For example, with the Del Mar Carmel Valley Sharks have a well-established reputation in the region, it made sense to partner with them rather than deflect attention away from their hard work in building the club.  Director of Club Operations at the Sharks, Shannon MacMillan, a former US Women’s National Team member said she is “excited about having the Battalion in North County to partner with.  It is a great opportunity for our young players to see games up close while also supporting the team.” A full 50% of revenue generated by sales of tickets sold by the youth clubs will go directly back to the youth clubs to support scholarship funds at each club.

Speaking to SoccerNation.com about this core component of the Battalion, Barbato stated “If the next amazing soccer player is here in North County we want to make sure that those kids have every chance to get noticed and get a shot to be developed by one of these partnering youth clubs.” NC Battalion believe they can do a small part to making a huge difference in those kids’ lives.

In addition to partnering with the Sharks, the Battalion have bonded with Escondido FC Heat, Encinitas Express, Oceanside Breakers, and Vista Storm in embracing North County’s grassroots efforts within the soccer community. NC Battalion feels a deep sense of obligation to the soccer loving fans of San Diego County. “Our passion is to build a quality club that reflects what makes San Diego County such an amazing place to live, the people, the places, the passion,” said Barbato.