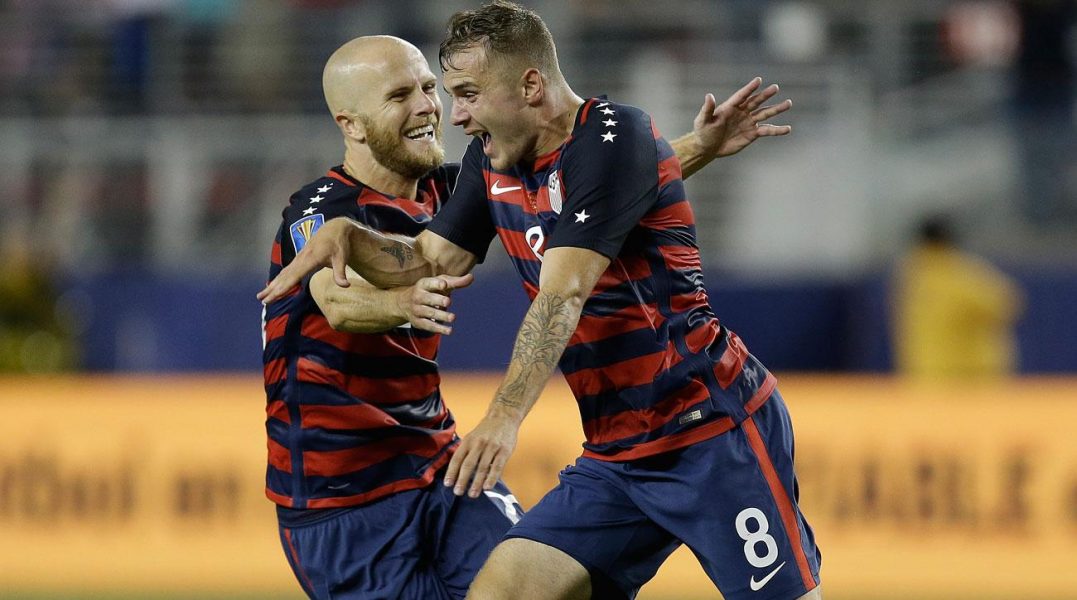 Less than two years ago, Jordan Morris was busy leading Stanford to victory in the NCAA College Cup. A year later, at the conclusion of his first prof

Mexico 1-0 Honduras: El Tri Earn a Place in the Gold Cup Semifinals
Mexico vs Honduras Preview: Will Osorio Begin to Soften His Rotations in the Knockout Round of the Gold Cup?
3 Things: NWSL’s MVP Race, Gold Cup Moves On, Miami FC Fly

Less than two years ago, Jordan Morris was busy leading Stanford to victory in the NCAA College Cup. A year later, at the conclusion of his first professional season, he lifted MLS Cup with the Seattle Sounders.

On Wednesday night, he was the difference maker in the most crucial of moments in Santa Clara as his game-winning goal helped the United States defeat Jamaica 2-1 in the 2017 CONCACAF Gold Cup Final. The young man seems to have a winning way about him.

The impact of Morris’ performance on Wednesday night, however, was felt in more ways than one, not all of them positive for the U.S. team.

With Bruce Arena’s side leading 1-0 early in the second half, thanks to a sublime free kick just before the break from Jozy Altidore, Morris lost his mark at the back post on a Jamaican corner, allowing Je-Vaughn Watson to spin away and put home a close range volley with his left foot that leveled the score.

With 40 minutes to go, the U.S. lead was gone and the trophy was up for grabs. Morris was the guilty party, and seemed a likely candidate to be substituted as the half progressed. In a match that was on a knife’s edge throughout a wild second half, that substitution never came.

Instead, redemption arrived in the form of a vicious right footed rip from Morris in the 88th minute, aided by the slightest of deflections, sending Levi’s Stadium into U.S. Soccer bedlam as the 22 year-old rejoiced, a palpable sense of relief beaming from his face as the goal went in as well as when the final whistle blew.

Make up for it he most certainly did, a tournament winning goal serving as the kind of thing that can make people forget all about a defensive lapse on a set-piece.

The goal was the shining moment of Morris’ career thus far. With the momentum gained from his performance in this final and the tournament as a whole, Morris could very well be on the fast-track to Russia 2018 (assuming the U.S. get there of course, something he could have a whole lot to do with as the home stretch of World Cup Qualifying arrives in little more than a month).

Aside from Morris, here are three other takeaways from the 2017 Gold Cup Final.

Brilliant Jozy: Altidore comes through with goal of the tournament candidate

In our SoccerNation preview of this final, I spoke of the importance of Altidore, his demons in big matches, and wondered which Jozy would show up on Wednesday night. While he played far from a perfect game up top and was frustrated quite a bit by the tight, organized, and physical Jamaican team, one moment from a dead-ball made Altidore one of the most vital characters in the night’s drama.

There was a debate had over whether Altidore’s free kick would’ve been saved by Andre Blake, the Jamaican goalkeeper and the tournament’s Golden Gloves award winner who was forced out of the match with a hand injury in the 22nd minute after a nasty collision with U.S. midfielder Kellyn Acosta. We’ll never know for sure, and take nothing away from Jozy’s dead-ball technique, and take nothing away from Dwayne Miller, the ‘keeper who replaced Blake and made some jaw-dropping stops before the night was through.

It was Altidore’s first goal in a tournament final, and his second in as many games for the U.S. after his match-winner against Costa Rica in the semi-final.

“We all know,” Altidore said prior to the trophy presentation, “I haven’t had the best of luck when it comes to playing in international tournaments. This is a special feeling.”

Did he mean to do that? Dempsey provides Gold Cup winning assist.

Lost in the chaos of the moment as Morris hammered home for the win was the delightful lay off the 22 year-old received from his Seattle Sounders teammate Clint Dempsey.

Gyasi Zardes’ cross was headed back into the middle by a Jamaican defender and in the direction of Dempsey standing right around the penalty spot. With his momentum carrying him past the ball and toward goal, Dempsey reached back a leg and brought the ball down with a clip of his heel. It fell perfectly for Morris, Dempsey’s movement immediately following the deft (or lucky?) touch also proving crucial in affording the goalscorer an extra yard of space in which to wind up and cut loose. Morris made no mistake and the Sounders teammates joined in celebration.

With most players, you’d say it was a fortuitous bounce, a coincidental happening that saw the ball bounce off the bottom off a lunging foot and right into the perfect spot for a teammate to tee off. With Dempsey, a man with a sense of audacity that is unrivaled in the annals of American Soccer history, the man who former U.S. Manager Bob Bradley loved for the fact that he “tries sh**”, you just never know.

The more I watch the goal, the more I’m convinced that Dempsey not only knew exactly what he was doing, he knew exactly where Morris was and where he needed to be, a display of telepathy among club teammates separated in age by twelve years. (When Dempsey scored his first goal for the national team in a friendly against England in 2005, Morris was all of ten.)

After tying Landon Donovan’s all-time goal scoring record with his sensational free kick against Costa Rica in the semi-final in Arlington, Dempsey sees the Gold Cup come to a close with 57 national team goals to his name. He was unlucky not to have scored what could’ve been a tournament winner himself, his powerful header in the 75th minute being saved spectacularly by Miller and hitting the inside of the post.

Dempsey’s chase for history will pick back up as the U.S. continue their road paving efforts for Russia 2018.

Still Unbeaten: Taking the streak back to the hex

With the win over Jamaica, the U.S. are now 9-0-5 in 2017, unbeaten under the management of Bruce Arena. The fourteen match streak without defeat is something that should be taken for what it’s worth.

For the next few days, it’s a valuable piece of shiny currency, something Arena and his staff should be very proud of, especially now that the streak contains the winning of a tournament and the lifting of a trophy.

Come September 1st, when the U.S. as the 4th place side in the hex host Costa Rica at Red Bull Arena in a massive match in World Cup Qualifying, the streak will mean absolutely nothing.

In the meantime, tip your cap to fourteen straight without a loss to start the year. Not too shabby at face value.