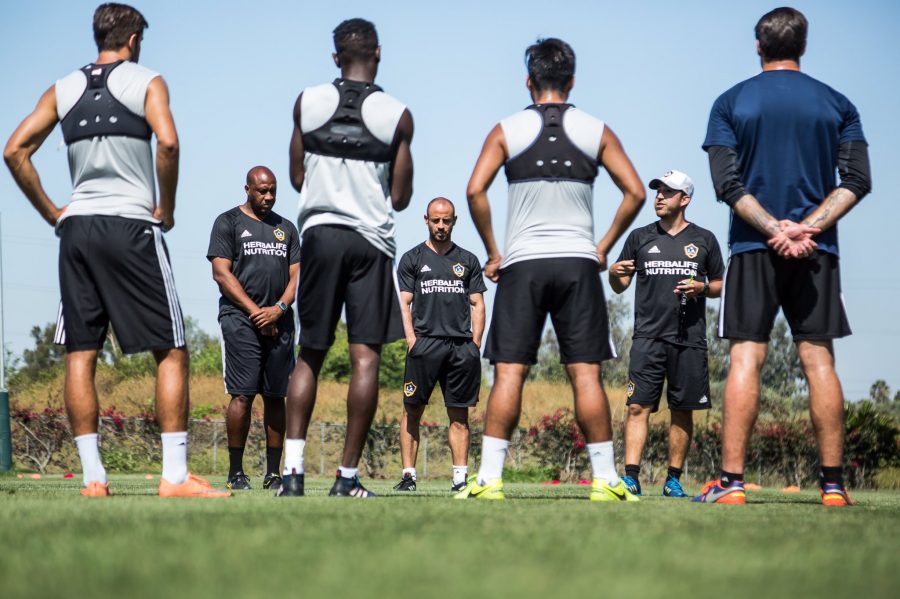 It started as a week like most others. The only real aberration coming in was the calendar, with LA Galaxy II playing a rare Monday night game in USL

It started as a week like most others. The only real aberration coming in was the calendar, with LA Galaxy II playing a rare Monday night game in USL against Reno 1868 FC, and big brother team LA Galaxy hosting Real Salt Lake on Tuesday in a July 4 holiday game.

By Wednesday, it’s not a stretch to say the week may already have been the worst ever for the organization from a results standpoint.

Galaxy II’s Monday night game in Reno did not live up to the hype, as they were crushed 9-0 by the USL expansion side. You read that right, 9-0. The scoring started early and continued at a steady pace all game, with Robert Castellanos turning in an own goal in the third minute, and Reno rookie Darwin Espinal tallying the final goal in the 88th minute to break the league record for largest win ever.

On one hand, when you go down by so much, the additional goals conceded hurt your pride more than anything. And while the players and coaches can’t have been happy by the game, the fact remains that Galaxy II is a development squad and that was on full display in this game, with the average age of the starters being just 19 years old. In that context, playing against mostly players in their 20s and a few in their 30s, a bad loss was bound to happen at some point, though few would have predicted 9-0. Still, it’s a learning experience for Mike Munoz and his players, and we’ll see how they bounce back against a pretty favorable opponent, the only team lower in the Western Conference standings than them, Portland Timbers 2, on Sunday in Portland (2 pm PT, USL matchcenter).

But the week went from bad to much, much worse on Tuesday, as the Galaxy welcomed Real Salt Lake in a 4th of July match. RSL, one of three teams lower in the MLS Western Conference standings than the Galaxy, roared back to life, crushing LA at StubHub Center 6-2.

The teams were scoreless through 35 minutes, before Albert Rusnak opened it up for RSL. But Ashley Cole responded five minutes later, just before halftime, so the Galaxy looked like they were in decent shape, before the bottom fell out and RSL went on to score five more to the Galaxy’s one.

Perhaps the encapsulation of the night came courtesy of RSL veteran midfielder Kyle Beckerman’s goal celebration, which had the subtext of “Robbie Keane isn’t walking through that door, LA”:

HT: @RealSaltLake heads into the break up 2-1 thanks to this goal by Kyle Beckerman. #LAvRSL https://t.co/WU9uJtILUg

Much like the Galaxy II loss, there were extenuating circumstances at play for the Galaxy’s home loss — the team was young, likely fielding no more than four starters if the entire squad was available, with Jelle Van Damme suspended and Giovani dos Santos and Gyasi Zardes away from the team and the likes of Sebastian Lletget and Baggio Husidic on long-term injuries. Any team sapped of so many influential players is bound to suffer.

And still. RSL is looking like they will miss the playoffs by a mile, and so losing so badly puts the Galaxy in the awkward possibility of actually missing the postseason this year, too. There’s a lot of soccer left to play in the season, so it would be silly to have conclusive declarations now, but this spanking is likely to sting for some time, and could prove to be a turning point in the season, which may not be a good thing.

The Galaxy have a two-week break in MLS play due to the Gold Cup, but they won’t have to stew that long over the loss, as they have a key U.S. Open Cup showdown against Cali Clasico rivals San Jose Earthquakes on Monday. Buckle up!