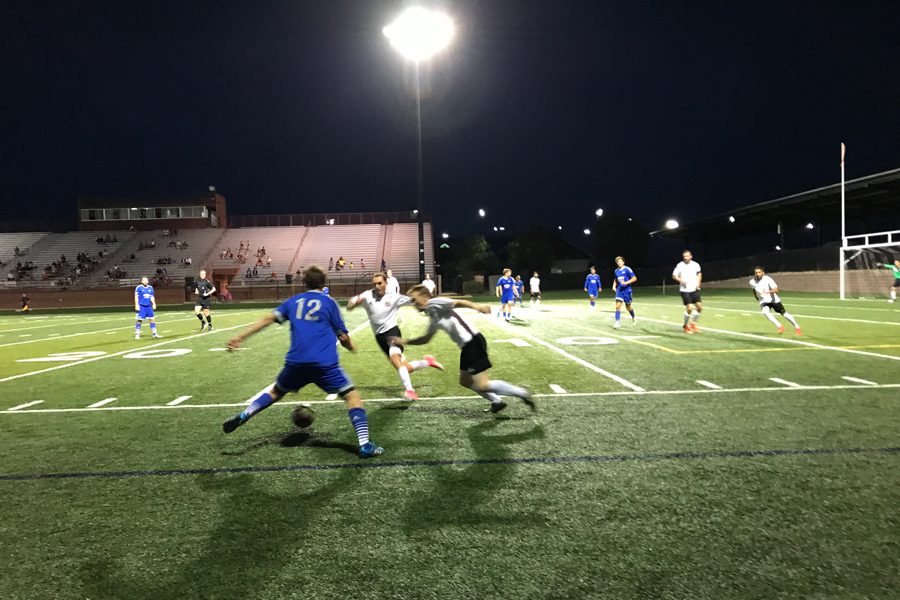 It’s pretty obvious that Rush is the team everyone is gunning for in the Colorado conference this season. Teams are marking their calendars and throwing everything they have at them to see if they can knock of the champs. Indios snuck out of Shea Stadium with a late game winning goal that stunned Rush and brought back haunting memories of being unable to close out games.

As pro development leagues go, Rush lost some key pieces for this season but have managed to bring on some new talent to fill the voids. After their first match it is clear that there will be some growing pains while the team gels and learns to play together but they are definitely not short on talent.

They are returning some key veterans such as skipper Nic Hartman who gives the defense stability but will unfortunately miss this match up due to a red card in the previous game. Center middy Colin Clark made his presence felt all last season and started off the fall season with a stellar hat trick.

United had a solid first go in the UPSL and finished the season strong but in the two previous matches against Rush, weren’t able to pull off a win. United is not looking to replicate their start from the previous season as they started off slow but managed to gain some footing near the mid way point and finish strong. Even though they didn’t make the playoffs they have the skill and now the experience to do so this time around.

Rush: Keys to the Game

Throughout the entire previous season, closing out games has been a plague for Rush and has lost them valuable points along the way. They have a stout defensive group and move the ball well in their defensive third but have been caught off guard with counter attacks which they will need to minimize to come away from this match with a W. They gave up four goals in their first game so better believe United is excited to get their crack at them.

Offensive firepower has never been an issue on this squad but it seems to come in flurries. When they are hot, goals seem to come by the handfuls but when they dry up, the drought seems to last for weeks. They were able to find the net three times in their first game and will need to try to ride that wave going forward and use their goal scoring ability to shut the door in close games.

Relax. It was proven that even if you get off to a slow start, you can still have a solid back half of the season and make it to the playoffs and do some damage along the way. Rush is still meshing with the new players and will NOT make a habit of giving up four goals in a game. That being said, there are some new quality teams in the conference and it would benefit them to right the ship sooner than later.

This will be their first away game and will be played at Loveland Sports Park on August 27th. Kickoff is scheduled for 5pm in what should prove to be an exciting match.