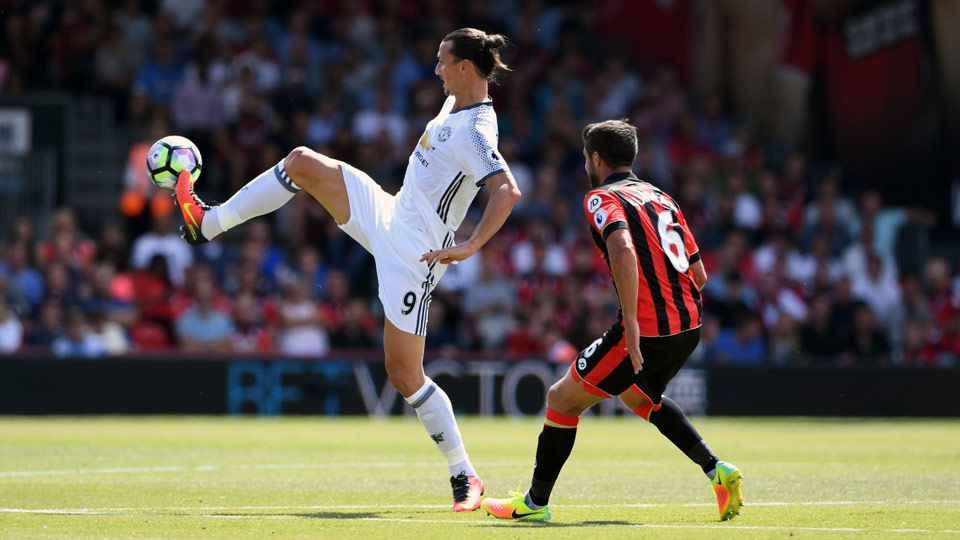 The Premier League is back in full force with football websites like footandball having a great time writing about what's happened. Whether it’s songs

The Premier League is back in full force with football websites like footandball having a great time writing about what’s happened. Whether it’s songs we’ve heard a million times, or the tracks of new artists plying their trade in Britain for the first time, the music of the world’s most popular league sounds as good as ever. The only dampener for the fans will have been season tickets remaining exceptionally high once more. As a result, fans are having to be even savvier in order to afford these astronomical fees. One of the wiser ways to increase the money available to spend on football is through a broadband comparison. It might even make defeat slightly easier swallow if it hasn’t consumed 99% of your monthly budget. Though some of the football may not have been as marvelous as we hoped, with players still getting their land legs back after a wild summer of international play, we’ve already been blessed with some truly intriguing story lines. Here’s 5 of the best from the opening weekend.

The fantasy of a Leicester repeat

The greatest fairy tale in the history of English football (arguably in the history of sports) will not be followed up with another, at least not domestically. You could say that Leicester City’s 2-1 defeat to newly promoted Hull City in the opening match of the Premier League season is just a small setback in the grand scheme of things. You could also say it’s symbolic, and indicative of the fighting spirit Leicester are going to combat from every single opponent this season as they wear the crown of Premier League Champions, making last season’s improbable triumph all the more impressive.

A poor pre-season that saw them beaten handily by some of Europe’s elite does not bode well for their chances in the UEFA Champions League as well. Then again, if Gary Lineker’s bare belly has taught us anything, we should know better than to count the Foxes out of anything, and that includes the battle to hold onto Riyad Mahrez, the Algerian being vital to Leicester accomplishing anything this season.

Zlatan Ibrahimovic scored a fantastic goal in Manchester United’s 3-1 victory away to Bournemouth, adding to one of the most impressive individual stats in modern soccer. Zlatan has now scored on his Premier League, Serie A, La Liga, Ligue 1, and Champions League debuts. We’ve been hearing a question all summer long, since it was announced that he would be coming to England: “Can he do it in the Premier League?”

After one Sunday on the South Coast, we’ve already gotten an answer. Now it’s just a matter of how many exclamation points there will be. That still to be determined level of punctuation from the Swedish icon will be important, yet merely a piece in Mourinho’s puzzle at United. The Red Devils, on paper, look like serious title contenders. The summer shopping spree is combined with the adrenaline injected into the club by everything from the imports and the new manager down to the departure of Louis Van Gaal. It could end in glory. It could blow up comically, providing laughter and smiles to millions. No matter what, there’s no question that the theater is back at Old Trafford.

Liverpool: a dose of pleasure and ridiculousness

How would we sum up that Arsenal – Liverpool game at the Emirates on Sunday? If that match were a drink at the bar, it would be a Jager Bomb with extra Red Bull and a shot of black coffee back, followed of course by another one every five or ten minutes until you’ve hugged and punched everyone around you, lost your glasses, and exchanged piggy back rides with at least four people, constantly irking the pretentious Frenchman a few seats down from you who just wanted to enjoy a nice glass of cognac and read a novel.

Does that sound like too much for you? Then don’t watch Liverpool. Klopp and the boys are going for it, hard, and despite Alberto Moreno doing everything in his power to screw it all up, Liverpool somehow left North London with all three points, a 4-3 victory that was by far the most entertaining spectacle of the weekend. The defending is at times questionable, and things must be sorted out for the Reds to mount any sort of title or even top 4 chase. Or maybe they’ll just score more than your team.

The troglodyte has exited the cave after a summer of dwelling and returned to the marquee London stage. This is a family friendly article, so we’ll keep this brief, before it spirals into the lingual depths of theStamford Bridge away section on Monday night, where West Ham supporters justifiably labeled Diego Costa a ________. (Go with whatever you want here, it can be like a Mad Libs sentence. Let’s just say “lovable bloke” was probably uttered by no one, and won’t be said by anyone, including Chelsea fans, all season.)

After already being booked for snarling, foaming at the mouth dissent earlier in the match, Costa should have been shown a second yellow and a subsequent dismissal by referee Anthony Taylor, after Costa came in with a studs over lunge to the calf/shin of West Ham goalkeeper Adrian in the second half. Despite the decision seeming obvious (many pundits and analysts claiming the tackle should have been a straight red), Taylor whistled for a foul but inexplicably allowed Costa to stay on the pitch. The Brazilian-Spaniard maniacal droog proceeded to score a stunning 89th minute goal that gave Chelsea a 2-1 victory over their local rivals, Antonio Conte nabbing a type of win that may become oh so typical this season in his Chelsea managerial debut.

The Premier League is all about entertainment value, and no story, film, comic book, or opera is complete without a true villain. There’s no questioning who that villain is in this case. His name is Diego Costa. He embodies evil. And he scores goals.

There’s a big bunch of chaos in the middle, and it ain’t going anywhere

After just one match, United, Liverpool, Chelsea, and Manchester City make up four fifths of the top quarter. Despite playing a relatively sub-par match at home to Sunderland, the team in sky blue that now has a boat on their crest did enough to get a 2-1 win in Pep Guardiola’s debut. These four teams will be around this section of the table all year, likely joined by the North London combo of Arsenal and Tottenham, and occasionally a boxer punching above his weight. (That boxer will not be a tiger, and it will not be from Hull.) After Leicester City’s dream season of 2015/16, the big boys have regrouped, and the typical top of the table tribes have reasserted themselves.

But where does that leave the rest of the league? What’s the difference between Swansea and Crystal Palace? Right now, it’s three points and thirteen positions, Swansea in sixth after a 1-0 win away to freshly promoted Burnley, Palace in nineteenth after losing 1-0 at home to West Brom. The point is that when you get past the odds on favorites to do damage at the peak of the Premier League mountain, you’re left with a big bunch of parity, a dozen or more clubs that have the same chances of cracking the top half as getting relegated. It’s a great mystery, and that’s what we love. It’s what makes this whole thing fun. It’s what often makes the race to stay up as entertaining as the race for a title. Welcome back to the show. We’ll see you next weekend.