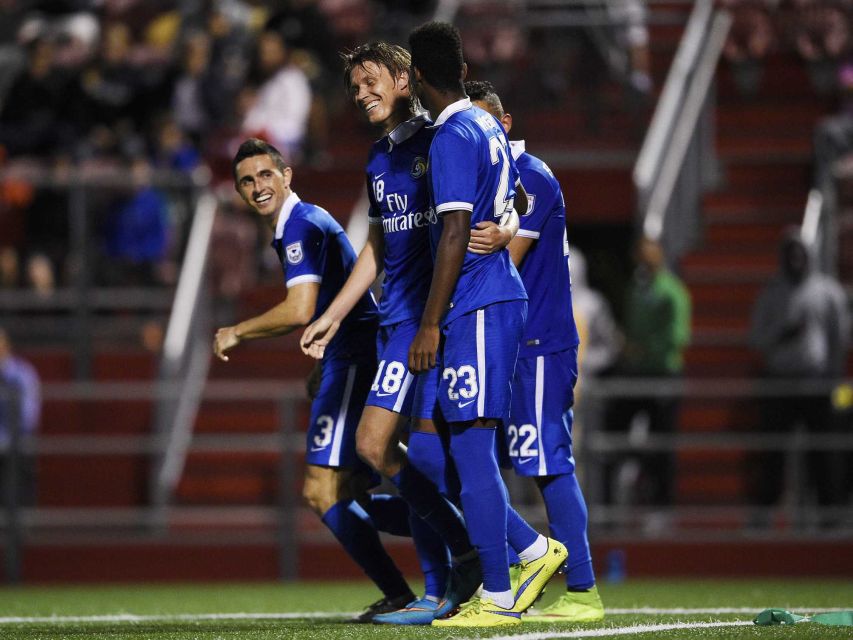 In a game that took place on Wednesday, May 27th at St. John’s University Belson Stadium in Jamaica, New York, the New York Cosmos squared up to Jerse

In a game that took place on Wednesday, May 27th at St. John’s University Belson Stadium in Jamaica, New York, the New York Cosmos squared up to Jersey Express in what proved to be an incredible match with both teams playing incredibly well and showing how important that game was for them. However, Cosmos had some extra energy and came out with a bit more motivation, and ultimately emerged victorious. The game ended 3-0 for Cosmos and they now move forward to the fourth round in the Cup, where they will face New York City FC on June 17th. This will be very exciting as it is the game everyone has been waiting for since both teams are from New York, however it will be a big challenge for Cosmos. Before this game happens though, Cosmos will play against Minnesota United FC in Minnesota and the Cuban National Team in Cuba.

The U.S. Open Cup is in its 102nd edition this year, being the oldest competition in American soccer. There are teams from the four tiers of professional soccer and also top amateur teams. The format this year is similar to last year, however this time there will be a fixed bracket system starting at round 16, and teams will be clustered by geographical region in groups of 4 and paired with another group of 4 teams. Another new rule is that this time, teams owned by the same group will not be allowed to meet until the final. The winner team wins $250,000.

MLS teams, as the New York City FC, will enter only in the fourth round. NASL teams, like the Cosmos, enter in the third round, and USL teams enter in the second round.