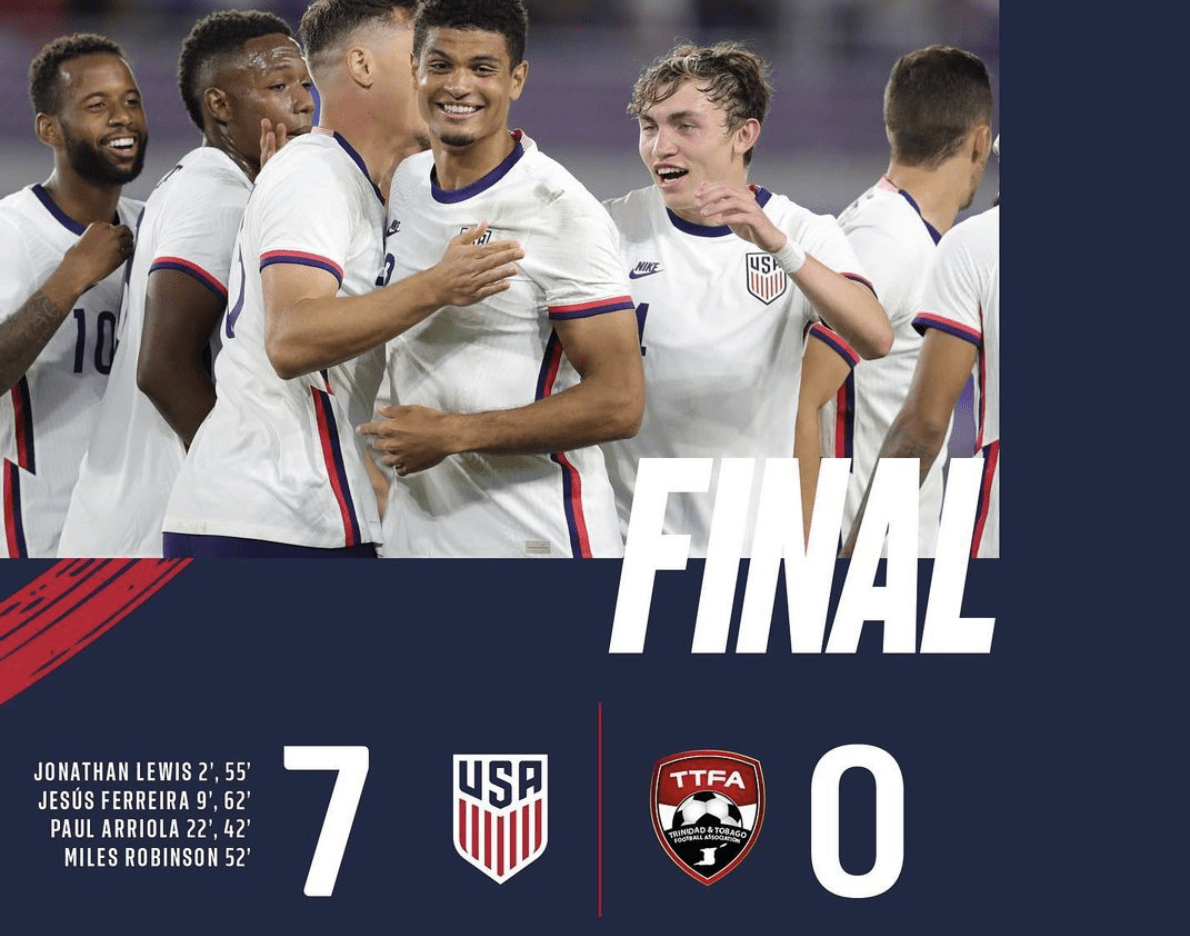 The goals came early and often as the U.S. cruised to a 7-0 victory against the CONCACAF opponent. It equals T&T's largest loss ever. With a ro

The goals came early and often as the U.S. cruised to a 7-0 victory against the CONCACAF opponent. It equals T&T’s largest loss ever. With a roster of players from the MLS the U.S. were simply too much on the night. Head Coach Gregg Berhalter was afforded the opportunity to give national team debut’s to players Matt Turner, George Bello, Daryl Dike, Aaron Herrera, Tanner Tessman and Andres Perea. Perea recently made a one-time switch form the Colombian national team to the U.S. It was a young team that created opportunity after opportunity and could have won by an even bigger scoreline.

It’s hard to believe T&T were the team that denied the U.S Qualification to the World Cup with that historic game in 2017. Though that memory will take a very long time to go away a performance like this helps. Many players in the US squad are hungry and fighting to make the U.S. roster in more meaningful games. When European based players are called in there will be much less opportunity to make the roster.

San Diego native Paul Arriola was a standout performer with two goals in the first half. The D.C. United player seems to have recovered from his recent injury and is looking sharp. Matt Turner saved a penalty in the little action he did see. Not bad for a a player that was un-drafted out of college (where he didn’t play until his junior year) and didn’t play competitive soccer until the age of 16.

Though just a friendly, the US will be happy with the result and the opportunity to display proactive and attacking soccer. There are much more difficult opponents ahead. But, winning a match convincingly is all you can do in games like this. The youth movement in the U.S is on the rise and this match will do them well. We shouldn’t take too much from this match. Yet, this doesn’t take away the tempered expectations that we can have for the national team to compete at the higher levels we hope.