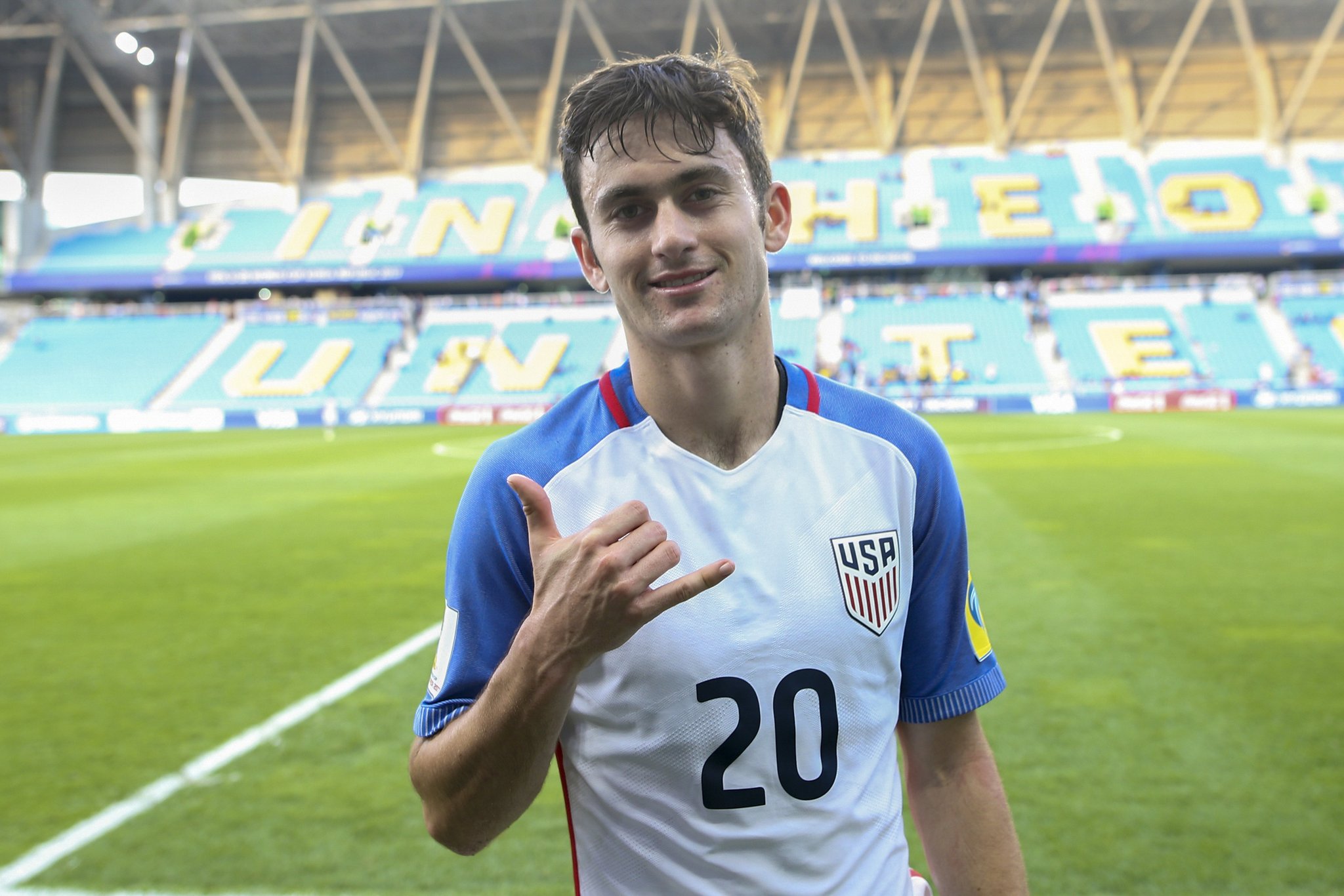 San Diego's Luca De La Torre provided the late heroics for the U.S. Under 20 Men's National Team on Monday as his powerful goal inside in the box in t

San Diego’s Luca De La Torre provided the late heroics for the U.S. Under 20 Men’s National Team on Monday as his powerful goal inside in the box in the fourth minute of stoppage time saved a point for the U.S. in a 3-3 draw against Ecuador in the opening group stage match at the 2017 FIFA U-20 World Cup in South Korea.

Below are full highlights…

The U.S. found themselves down very early as Ecuador jumped out to a 2-0 lead just seven minute into the match. The U.S. recovered from the early deficit and scored a valuable goal just before the half in the 36th minute to cut Ecuador’s lead. Torre dribbled up the middle and was able to draw in one of Ecuador’s center backs. As the Ecuadorian defender took a step forward it created space on the right side for Torre to play a through ball to Josh Sargent. He took two touches inside the box and fired a low screamer for the U.S.’s opening goal.

The U.S. then leveled the match in the 54th minute when Sargent, unmarked in the box, headed home a Brooks Lennon cross.

Ecuador received a huge break from the U.S. in the 64th minute when goalkeeper Jonathan Klinsmann misplayed his first touch in the box from a back pass. He was then swarmed by Ecuadorian players who forced a turnover and scored the go-ahead goal.

The U.S. pushed for the equalizer and found it in the 94th minute when Lennon’s cross was poorly cleared by the Ecuadorian defense. The ball took a bounce in the middle of the box and Torre hammered home the equalizer.

The U.S.  will now face Senegal on Thursday at May 25 with kickoff set for 4 a.m. on FS1, FOX Sports Go and Telemundo.