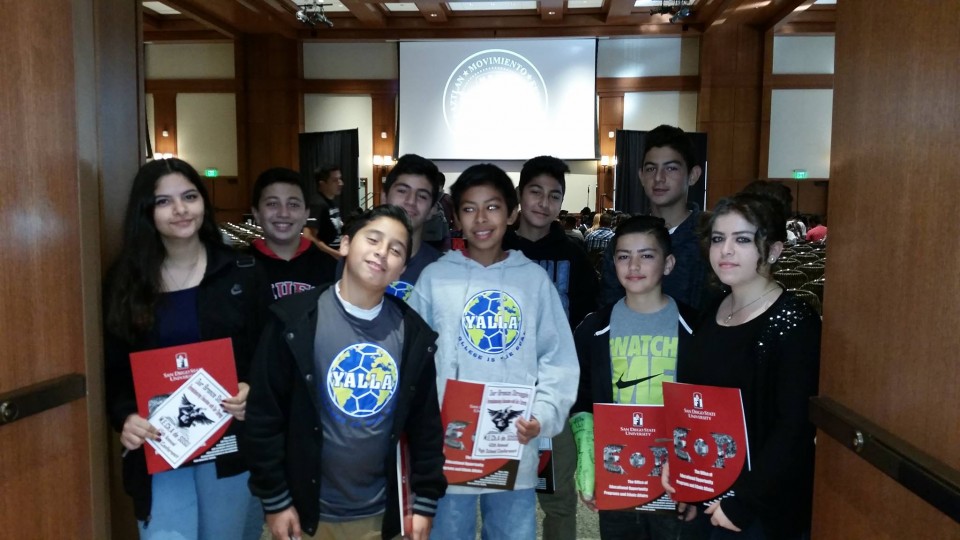 SAN DIEGO - Members of the numerous local English Premier League club supporter groups will be getting together for a holiday party on Friday, Decembe

SAN DIEGO – Members of the numerous local English Premier League club supporter groups will be getting together for a holiday party on Friday, December 4. It will the first event of its kind. But, this is not just another social gathering. The San Diego soccer community is well-connected, and, in addition to their love for the game, these fans want to use this meetup to raise money for a local charity during the holiday season.  Supporters and their friends will be in attendance for beer and raffle prizes that will support YALLA, Youth And Leaderes Living Actively. YALLA is the only college preparatory organization in the state of California that uses soccer to motivate refugee and immigrant youth. Their goal is to create an environment for youth to succeed in their new adopted home right here in our backyard.

This event idea was formed after members of the supporter groups for Arsenal and Tottenham Hotspur met for a pickup game prior to the North London Derby in early November. Members had discussed having an informal event to “help build a stronger SD soccer community,” said San Diego Gooner Marc-Phillipe Hermes. It was going to be only a holiday party to bring together EPL supporters that have interacted via social media. When they started to plan the event the idea to have a charity cause associated was quickly agreed upon. “We wanted to bring awareness to a smaller charity organization that revolves around soccer,” said Hermes.

San Diego English Premier League Supporters’ Clubs Holiday Party & Charity Drive will take place at Thorn Street Brewery in North Park at it starts at 7pm. Thorn St. Brewery is offering to donate $0.50 from every beer that is purchased to YALLA (Youth and Leaders Living Actively – yallasd.org).  In addition, there will be a raffle for items that have been donated by The San Diego Padres and US Soccer among others.

The first goal is to get everyone together to celebrate the holidays with fellow soccer enthusiasts. The second is to donate to a charitable cause. Hermes and the other organizers hope that this leads to additional social and charitable events in San Diego in the new year – growing the game and uniting the soccer community locally. 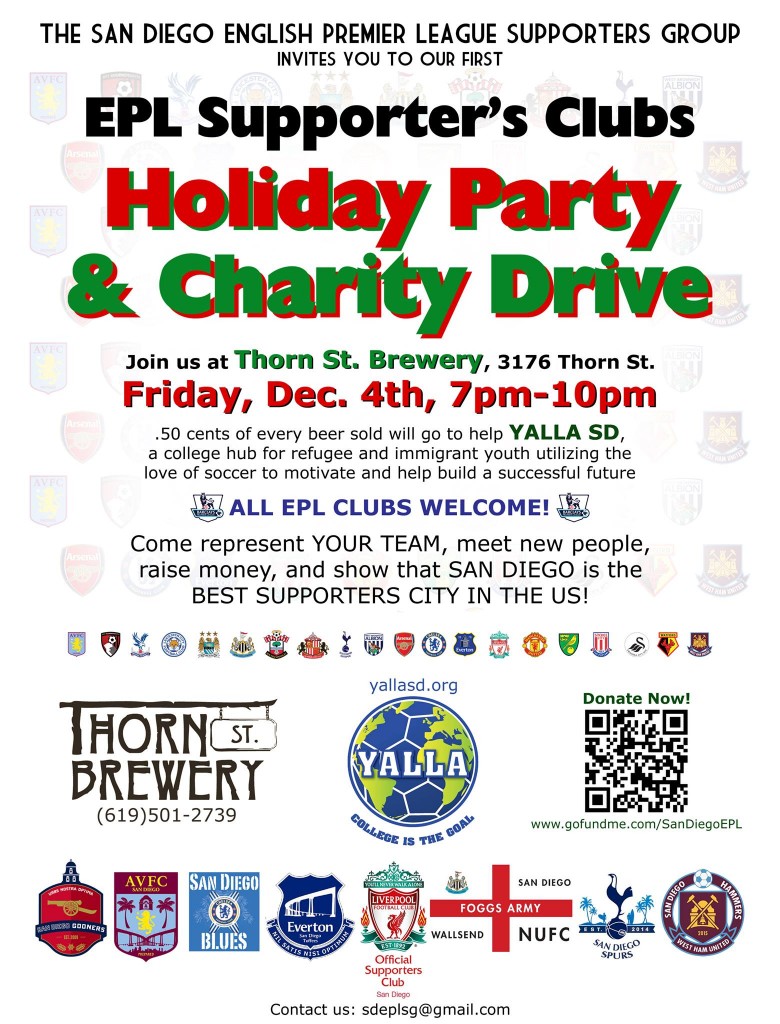